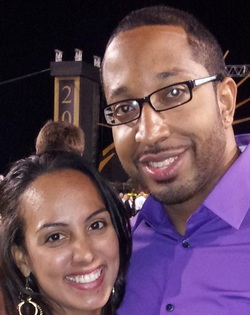 My name is Nigel Brown and I was born on the 26th of February 1983 to Rosana and Charles Brown. I was raised in Brooklyn, NY until I was two, after that my family moved to South Florida to live amongst my grandparents, aunts and uncles. It was there I stayed till I was 18 and decided to join the U.S. Army. I spent 7 years as a Combat Medic serving in Germany, Korea, and the United States. My final duty station led me to Lawton Oklahoma where I made the choice to attend college and receive a Bachelors of Fine Arts with a concentration in Graphic Design. Since August of 2008 I have dedicated my time to acquire the knowledge, skills and techniques needed to become a Graphic Designer. The things that have influenced my life and that have led me to this point in my life are my parents, the Army, video games and finally my beautiful wife Leslie. My parents gave me life, structure and the knowledge that I could do anything I wanted to in life if I did two things; to always think positive and to put my best foot forward. The Army reinforced that structure with L.D.R.S.H.I.P., which is an acronym that has been embedded into my core values. Video games have been a part of my life from an early age and have never lost my interest. They are always evolving, advancing, and changing the way we experience life and where they can take you if you want to get away. Finally my beautiful wife Leslie has been the most influential part of my life. She saw more to me than I ever did, always pushed me to become better, and continues to stand beside me through all my endeavors. Here are some goals that I have for myself that I want to one day accomplished. First, I would like to get into the video game industry either by creating the advertisement for new games or by creating the packaging used for games.  Lastly, I would like to be the head of my own design firm to create some of the ads that everyone is exposed to on a daily basis. My future ambitions are attainable with positive thinking and putting my best foot forward. 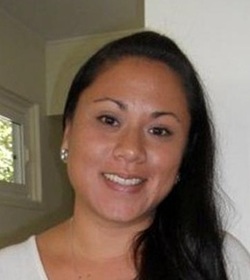 I am Business Administration Major with a concentration in Accounting. My projected graduation is Spring 2014. I have been actively involved with the Accounting Club since my enrollment here at UHWO in Spring 2012, and I have been an Accounting Club officer and active Investment Club Member for the past academic year. I am currently acting as the Ex-Officio Secretary (Temporary Secretary) and I have been working with the ASUHWO since late July of 2013. My goal in running for secretary is to help strengthen the communication and their relationship with ASUHWO and the Registered Independent Student Organizations (RISO's) for the benefit of our peers on campus and distance learning. 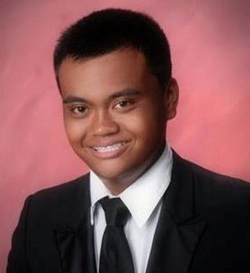 Hello my name is Crizalmer Caraang “Cj” and, I’m running for Freshmen Senator.  In high school I was in a lot of extra-curricular activities. First off, I was in Marching Band for four years, and I was part of my school’s drum line as a Bass Drummer (5th Bass), and front ensemble.  I played football for three years as a Defensive lineman for one year and my varsity years as an Offensive Linemen.  Also, this past year I was part of the OIA Football White Division Championship team.  Some other sports I was in were Track and Field as a thrower, and this past year I managed the girls JV/Varsity soccer team, which they won the OIA Championship too.  Besides sports I was also part of multiple clubs, I was involved in the National Honor Society (3 years), Mu Alpha Theta (Math Team for 2 years), Fil-Am Club (Filipino-American Club for 2 years), and the Samoan Club (2 years) I was the Sergeant-at-Arms and Treasurer.  The reason for why I’m running is because I always wanted to be involved in Student Government and make a difference to the school.  The school I graduated from I learned a lot of life lessons that’ll help me become a leader; you need to be disciplined, have respect for others, have responsibility on your actions, be committed in what you do and don’t ever quit, and lastly time manage without that you’ll fall apart under stress and pressure.  If I would ever be elected into office my goals would be; I would help improve this campus, being involved with the students would help me gain an understanding what they want to see, and since this is a brand new campus I have a lot of innovative ideas for activities. 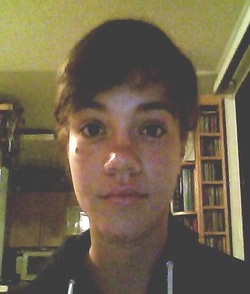 Having already been in student government in my other schools, I am no stranger to representing class ideas and pursuing them into reality. On my high school robotics team I became familiar with grant writing and seeking sponsorships from local business to fund our expenses. I feel confident in my ability to help fundraise money for this student government and make sure it is put to good use. That being said, while I believe community activities for West Oahu should be a top priority in furthering our college experience, student grievances will be strongly voice as well. I am an organized individual and will represent the freshmen class to the best of my abilities. 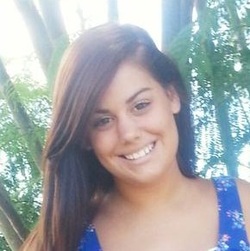 I was born and raised in a small Florida community called New Port Richey. In high school, I participated in many different clubs and associations; such as: National Honors Society, History Honors Society, Interact Club, Key Club, Drama Club and yearbook. I have volunteered at several locations and love outdoor activities like soccer, hiking, and going to the beach. I am running for this position because I am very organized and look forward to planning lots of great things for the Class of 2017, and for everyone at UHWO! I want to establish long-lasting friendships between the class of 2017 and ensure success for all! 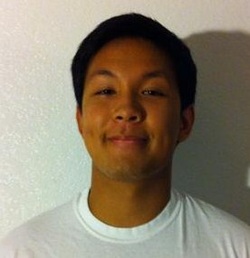 The main reason I want to be ASUHWO's Humanities Senator is because I want to help ASUHWO become more acquainted with the Humanities division. I wish to help strengthen the relationship between ASUHWO and the students. I feel that it is important to have a bridge with our student senate and the student clubs, such as the Humanities Club. As that bond I would be able to clarify any misunderstandings and voice any opinions that, otherwise, would be unheard. It is most important to maintain communication with the student body. Ultimately, my goal if elected into office is to be a part in improving student life at UH West Oahu.
ONLINE VOTING/ELECTIONS will take place from
Tuesday, 9/24/13 5:00pm thru Friday, 9/27/13 5:00pm.
UHWO students will need to log onto the MyUH website
using your UH username and password.
For more information, contact Student Life Coordinator,
Rouel Velasco, rouel@hawaii.edu, 689-2942.